Today, we’re going to be answering the question: is soybean oil gluten free? And taking a look at which oils are gluten-free, and when they may contain gluten. Oil is a pantry staple and used in cooking more often than not – so we need to ensure that the oil we’re using is gluten-free. But first, let’s take a look at what soybean oil is.

What Is Soybean Oil?

Soybean oil is a type of vegetable oil. This particular oil is made by extracting from the seeds of the soybean. As a cooking oil, it’s one of the most popular and is used widely in cooking for frying foods.

While soybeans are gluten-free, more often than not, soy sauce is not gluten-free. Most people think this is because it’s the soy that contains gluten – but that is not the case. Wheat is usually added to soy sauce, which is the ingredient that makes it unsafe for a gluten-free diet. However, there are plenty of gluten-free soy sauce options available, or you can even try tamari, which is a naturally gluten-free sauce.

What Oil Is Gluten Free? Unfortunately, yes. This is the most common reason why oil may not be gluten-free. There are two reasons that cross-contact may happen. The first is that the product has come into contact with gluten during manufacturing. This may be due to preparation methods, or even issues like where it’s stored.

However, the most popular reason is in restaurants/fast food joints. There are many foods that are fried in oils in restaurants – many of which are not gluten-free. So while the oil is gluten-free, and the food you’ve chosen may not contain gluten, if it’s cooked in the same fryer, there’s a very high chance the end product will not be gluten-free. It’s always best to check with your server if the restaurant you’re ordering from has a dedicated fryer for gluten-free food.

Is Oil Bad For You?

Unfortunately, oil is definitely not the healthiest food for you to consume. While it’s more than likely to be gluten-free – it can do terrible damage to your body if eaten too regularly. There are some oils that are worse for you than others. However, all oil should be consumed in moderation to ensure you have a healthy, balanced diet. Coconut oil and olive oil are some of the healthier alternatives when it comes to oil.

Which Oil Is Healthiest?

Now we’ve seen that oil is naturally gluten-free, you may be wondering which oil is the healthiest to eat. Let’s take a look at the best oil to include in your diet.

This avocado oil from Bella Vado is not just labeled gluten-free. But it’s also vegan, organic, non-GMO, and contains no artificial flavors or ingredients; which is why it’s one of the healthier options. You can use this oil just like any other oil. However, it is an expensive choice, as it costs $20 for one 250ml bottle. You can find out more about this oil here.

Nutrition Facts (per one tablespoon):

This is another oil that is suitable for a range of dietary lifestyles. It’s not just gluten-free, but also non-GMO, sodium-free, and vegan. What’s great about this product is its bold nutty flavor and it’s full of omega 3! This option is far more affordable, at $6.99 for a 250ml bottle or $8.99 for a 500ml bottle. Find out more about this oil here.

Nutritional Facts (per one tablespoon):

It’s worth noting that this oil is not suitable for those with an intolerance or allergy to tree nuts. 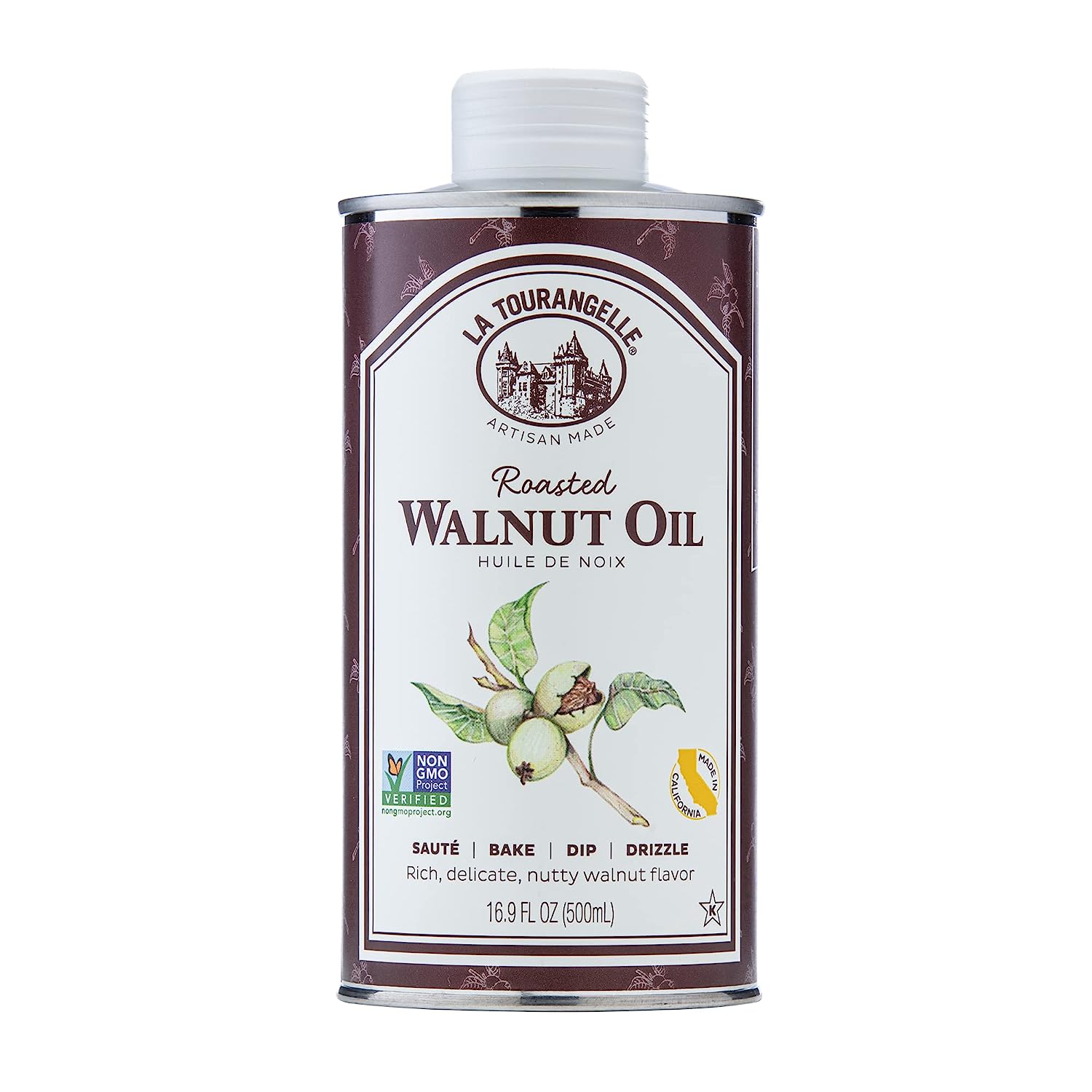 Other healthier oil options you may like to try include:

I hope this article has helped to answer the question: is soybean oil gluten-free? Enjoying soybean oil with celiac disease couldn’t be easier. However, when eating foods fried in oil when you’re out and about, always check with your server how it’s been fried – as this is the most common risk of your food not being gluten-free when it comes to oil.

Do you know of any other gluten-free oils? Or can you suggest any other healthier alternatives when it comes to oil? If so, please feel free to let me know in the comments below. Sharing is caring!


Read more about: Does Oil Have Gluten? (& GF Oils)

Is Soybean Oil the Same as Soy?

No. Soybean oil is the oil that is extracted from the seed of the soybean itself. Whereas soy can either be the soybean itself or the soy protein that you find in soybeans. While they aren't the same thing - they're definitely both parts of a soybean!

Much like natural soybean oil, hydrogenated soybean oil is also gluten free. Hydrogenated oil is simply an oil that's had hydrogen added to it. So while the oil is gluten free, the addition of oil does make it far more unhealthy for you. This is because adding hydrogen creates trans fats, which is linked to conditions such as bad cholesterol and heart disease.

Does Oil Have Gluten In It?

Not usually. Most oils are naturally gluten free. However, if an oil has any additives or additional flavorings, they may contain gluten - so it's always worth checking the ingredients labels. It's also best to opt for oil that carries a gluten free label if possible, as that's the only way you can ensure that cross contact has not taken place.