Today, we’re going to be looking at the best tasting gluten free beer. When I first received my diagnosis, I didn’t even think to check products like drinks – but yes, drinks can most definitely contain gluten. And I was caught out quite a few times in the early stages of gluten-free life. Now I’ve been following the diet for several years and I’ve come across some incredible gluten-free beers. Let’s take a look at our top picks when it comes to the best-tasting ones.

I think beer needs no introduction. It’s one of the best-loved alcoholic drinks around the globe and nothing beats a cold pint of refreshing beer on a summer’s day. In fact, after water and tea – it’s the most consumed drink in the world! It’s usually made from malted grain, such as barley, and then fermented by being brewed. The nutritional value of beer will vary depending on your choice of beer. However, a typical can of beer contains the following:

Absolutely not. Traditional beer is absolutely not gluten-free. Beer is usually made using malted barley as the main ingredient. Barley is a gluten-containing grain and should be avoided at all costs when following a gluten-free diet.

But don’t feel too disheartened – there are plenty of gluten-free beer choices available. There are two types of gluten-free beer, those that have had the gluten removed and ones that are made from ancient grains such as sorghum. If (like me) you’re gluten intolerant, rather than celiac, you may not be able to tolerate the gluten-removed beer. The beers made from ancient grains are definitely my favorite, thankfully.

Where To Buy Gluten Free Beer

Now that the gluten-free diet is becoming increasingly common and has taken notice of much more, you can buy gluten-free beer almost anywhere. My local restaurants and bars now serve gluten-free beer, and it’s easy to find several choices of gluten-free beer in local grocery stores. However, if you’re unable to source gluten-free beers in person, it’s super easy to order direct from the supplier yourself – and it sometimes works out cheaper too.

Gluten-free beer is much easier to find than it once was. But now it seems as though there’s too much choice! So I thought I’d do a round-up of some of my favorite picks when it comes to gluten-free beer.

Without a shadow of a doubt, Green’s is my go-to brand for gluten-free beer. There’s a huge selection of choices; both gluten removed and made from ancient grains such as sorghum. From dark ales to light lagers, they have something for everyone. And as someone who was a beer lover before my diagnosis, I can safely say you can not tell the difference between these beers and gluten-containing beers.

Their current varieties include:

You can find out more about their crisp, refreshing beers here.

Peroni is famous for its lager, which is not gluten-free. However, in more recent years they’ve released a gluten-free variety of their much-loved beer and it’s incredible! It carries a clear gluten-free label and tastes almost identical to the Peroni we already know and love. What’s great about gluten-free Peroni is that it’s easily accessible and readily available in most grocery stores.

Against the Grain, beer has won several awards, and once you try it, you’ll understand why. It’s light and hoppy, and incredibly crisp. It’s well below the legal limit of 20ppm of gluten and it’s very full-flavored, which I personally enjoy from a beer.

Another brand that is completely free from wheat and barley is Redbridge. Their gluten-free lager is made from sorghum, much like Green’s. I seem to like beers made from sorghum the most – they really are the most tasty. This is a US brand that describes its flavor as fruity and toasty. It says it’s perfectly paired with cheese and pork, but I think it goes well with almost anything! 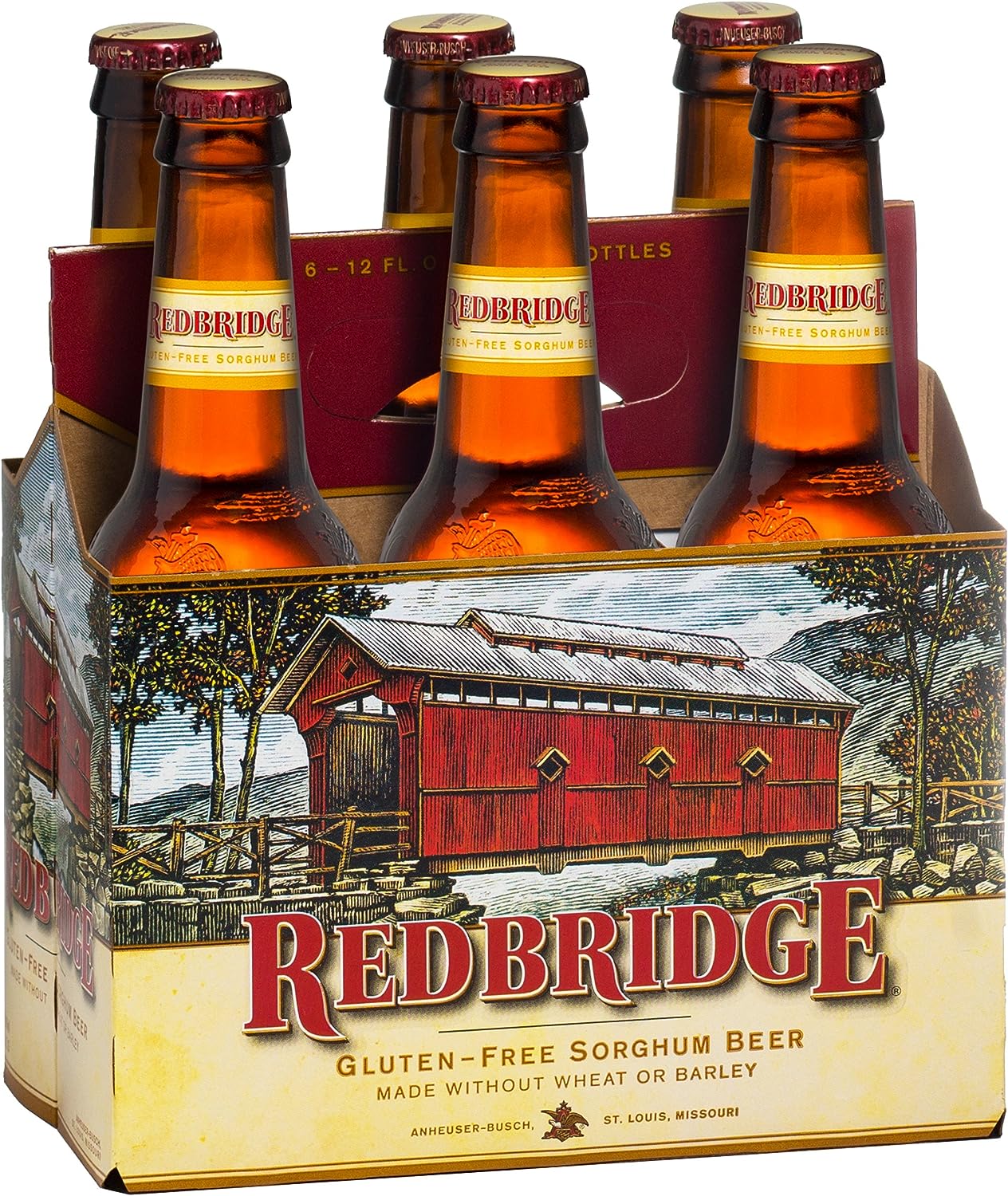 I hope you’ve found the best-tasting gluten-free beer from this post. Everyone’s taste preferences are different, and no two beers taste the same, so be sure to try everything from light lager to pale ale before you rule beer out. If you try any of the recommendations above, I would love to hear your thoughts.

Do you know of any other gluten-free beers that didn’t make the list? If so, please feel free to let me know in the comments below – you may introduce me to a new favorite. Sharing is caring!

What Beer Has the Least Amount of Gluten?

All traditional beer contains gluten, but if you're looking for beer with the least amount of gluten, you'll need to find a beer that carries a gluten free label; and there are plenty around. To be labelled as gluten free, a product has to contain the legal limit of 20ppm or less of gluten, which is considered the safe amount for those with celiac disease.

What Beer Can You Drink With Celiac Disease?

If you have celiac disease, you can enjoy any beer that carries a gluten free label; whether it's made from ancient grains or gluten removed. My personal favorite choices of gluten free beer (which are suitable for celiacs) are Green's and Peroni.